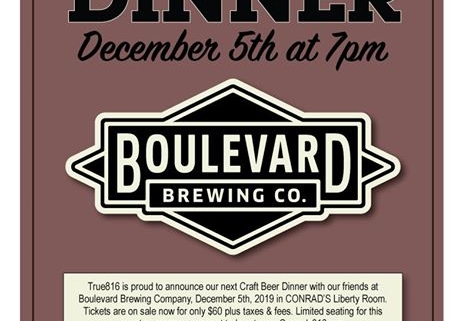 Special Thanks:
Thanks to our friends at Boulevard Brewing Company. They have been a partner & supporter for almost 20 years.

We also want to thank Central States for their continued support.

Thanks to our staff for making this dinner possible.
Morgan Ward, Dane Smith, Brett Schafersman and our other hard working staff members.